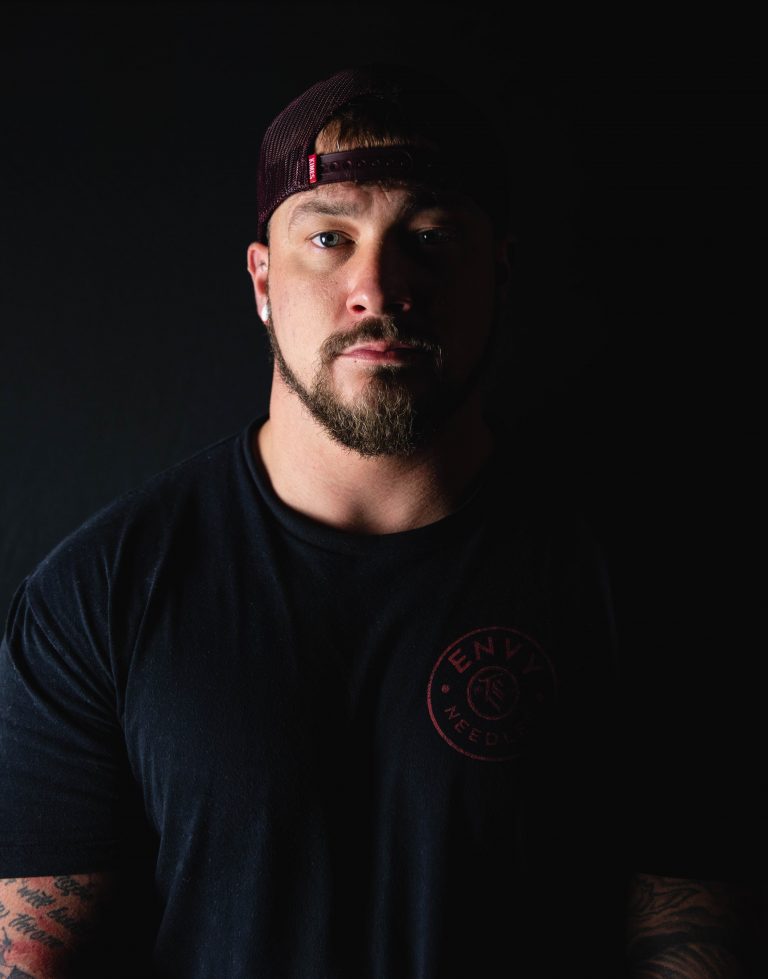 J.C. Welch grew up in Dahlonega Georgia on the outskirts of town where there was nothing but woods and vineyards. With his deep family roots in North Georgia, Dawsonville is now his home with his wife, Sammi, and their 3 beautiful children.

Coming from a family that was very artistic and musically inclined, he started drawing and playing guitar at a very young age. When he turned 18 years old he joined the United States Army as an Airborne Infantryman. J.C. was stationed in Vilseck, Germany with the 2/2 SCR Stryker Unit. He deployed and served for one tour in the Zabul Province of Afghanistan in 2010 for one year in Operation Enduring Freedom. After returning from duty he was honorably discharged and started his life as a civilian.

It wasn’t long before J.C. started taking interest in tattoos. He moved to Orlando, Florida and did his apprenticeship at Tattookah, located in Ocala. After his apprenticeship he moved back home to Georgia and worked at a couple shops building his portfolio and is now at Gold City Tattoo Company. J.C. is constantly trying to define his craft and is open to all influences that continue to mold his style. He takes pride in being versatile in multiple styles of tattooing.

Since being at Gold City Tattoo Co., J.C. has grown so much into his art and won the Best Tattoo Artist for the Best of Dawson for 2021.

Please contact us for an appointment or fill out the Request Appointment form.